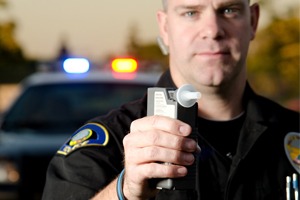 The validity of a new law in effect across Canada which allows police to conduct a breathalyzer test on any motorist at any time is now being called into question. An article detailing the legal arguments can be found here.

In December, Bill C-46 amended Section 253 of the Criminal Code. These amendments gave police across Canada greater power to conduct breathalyzer tests on drivers they suspect are impaired. Under the revised rules, police in any province or municipality can now demand a breath sample at any time or in any place. This includes circumstances when a driver is no longer behind the wheel—and has not been behind the wheel for hours.

A lawyer in Saskatchewan’s capital of Regina says the new law raises a number of red flags—noting that officers no longer must have reasonable grounds, such as a driver’s admission to drinking or observed erratic behavior behind the wheel. He notes police anywhere across Canada can now arrest anyone they like—or stop anyone at random to demand a breath test.

A Constable with the Regina Police Service says the change combats the “recent consumption” defense. In some cases, impaired drivers who were involved in collisions and later confronted by police say they only consumed alcohol at home or after the accident.

As reported in an earlier blog, the ruling applies across Canada. For those suspected of impaired driving, officers can now request a breath sample without any outward indication of alcohol consumption. Police say this gives officers better tools to combat drunk driving.