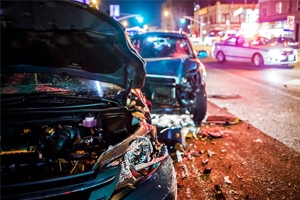 Police in Hamilton, Ontario warn the number of impaired drivers they have encountered over this past holiday season has risen compared to the same timeframe last year. An article detailing their finding is available here.

Between December 23rd, 2018 and January 2nd, 2019, Hamilton police made 16 arrests for impaired driving—up from 10 arrests made during the same period last year. They say some motorists still do not fully understand their message regarding the dangers of driving under the influence of alcohol or drugs.

Of the 16 arrests for impaired driving Hamilton police made, 14 were drivers impaired by alcohol, one driver was impaired by drugs, and one driver refused to submit to a mandatory breathalyzer test. As we reported in an earlier blog, new legislation allows police to request all drivers submit to a breathalyzer at officer discretion. Any driver who refuses testing will face a $2,000 fine.

The Ontario Provincial Police (OPP) say they have charged over 100 drivers with impaired driving in Eastern Ontario during the same timeframe. Of those drivers, 97 were impaired by alcohol—while eight additional drivers were impaired by drugs.

The OPP says they took 539 impaired drivers off the road over the holiday season—and issued an additional 384 “warn range” suspension. Last year, OPP charged 587 drivers—and issued 366 suspensions—during the same period. This year marks the first time OPP made more than 10,000 vehicle stops as part of the holiday enforcement program.