Volkswagen Pleads Guilty to Emissions Scandal And Will Pay $4.3 Billion In Claims and Penalties 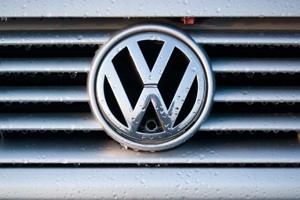 Global automaker Volkswagen has pleaded guilty to allegations of an emissions scandal due to the deceptive practice of six company executives. The Justice Department in Washington D.C announced the indictment and plea today.

The illegal behavior of these Volkswagen executives includes violating “The Clean Air Act”; a law designed to regulate air pollution derived from stationary and mobile sources. Additionally, the company executives schemed a cover-up of their illegal behavior.

The emissions scandal involved the manipulation of the pollution software device in diesel engines. When the software was tested it enabled the pollution control during government tests, but in real world settings, this feature was disabled.

Cariati Law can help you recover damages if you have purchased a VW diesel vehicle that was negatively impacted by this scam.

Call Cariati Law today at 905-629-8040 to receive a FREE, confidential, no-obligation consultation with one of our experienced Toronto, Ontario Product Liability Lawyers. When you call Cariati Law, you will never pay a lawyer’s fee unless we achieve a recovery for you.