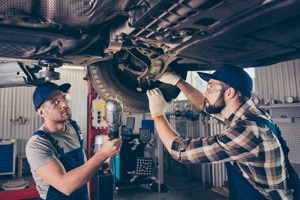 Following a similar investigation last year in the United States, Transport Canada has opened an investigation into reports of braking issues involving nearly 250,000 full-sized pickup trucks and Sport-Utility Vehicles (SUVs) produced and sold by General Motors. An article on the investigation is available here.

The automotive-industry safety regulator Transport Canada—following a similar probe in the United States—has launched an inquiry into braking safety and effectiveness. The investigation covers 249,700 full-sized pickups and SUVs produced between 2015 and 2017. Models affected under the investigation include:

Other models under scrutiny include the Chevrolet Silverado LD and GMC Sierra LD pickups produced between 2014 and 2017.

These issues were attributed to the deterioration of the engine-driven brake-assist vacuum pump. The NHTSA indicated it had received nine reports of low-speed collisions—and two injuries—involving vehicles with this problem. The agency said failure of the pump can reduce power-assisted braking and increase stopping distance.