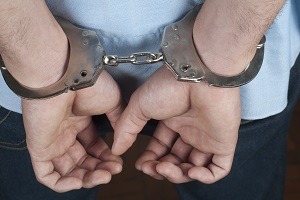 Ontario Provincial Police announced over the weekend that officers have been dealing with a spike in cases of impaired and intoxicated driving on Ontario highways. The OPP stated that in the last 30 days alone, they have brought over 180 criminal charges against Ontario motorists for impaired driving. Many of these charges have resulted from motor vehicle collisions that were caused by a drunk driver.

Impaired driving remains the leading cause of death on Ontario’s roads and highways, and it is truly disappointing to see such a dramatic spike in these types of incidents over such a short period of time.

At Cariati Law, Toronto, Ontario Accident and Personal Injury law firm, we have represented far too many victims and families that were harmed by intoxicated drivers. Ontario Police announced in their report that some of the drivers charged within the last 30 days have had Blood Alcohol Concentration (BAC) readings of as much as three or four times the legal limit.

This type of behavior, especially on such a widespread scale, is dangerous, reckless and unacceptable. We must all do our part to help spread awareness about the dangers of drinking and driving to ensure that the number of intoxicated drivers on Ontario’s roads and highways decreases dramatically.

The dangers of driving while intoxicated are well documented, but here are some statistics that demonstrate just how serious this problem has become in Ontario:

Drinking and driving is a serious crime, and in Ontario this violation is accompanied by stiff fines and penalties. If you are charged with and convicted of intoxicated driving, you may face any one of, or a combination of, the following punishments:

Police in Ontario are trying everything they can to enforce drinking and driving laws in our province. However, reducing the number of accidents caused by intoxicated drivers will require effort from all of Ontario’s citizens. According to OPP Sargent Kerry Schmidt, “we need to make drunk driving socially unacceptable.”

If you or a loved one has been injured by a negligent, reckless or intoxicated driver, you will need an experienced Toronto, Ontario Accident and Injury lawyer by your side. At Cariati Law, we have years of experience generating recoveries for clients that were injured through no fault of their own.

When you are injured in a serious accident due to someone else’s negligence, your focus should be on recuperating and getting back on your feet as quickly as possible. Trust Cariati Law to focus on recovering for your injuries, emotional damages and lost wages.

Call the experienced Drunk Driving accident lawyers at Cariati Law today at 905-629-8040. When you call, you will receive a FREE, confidential and no-obligation with one of our experienced lawyers. When you trust Cariati Law to represent you, you will never pay a lawyer’s fee unless we receive compensation for you.