Comparing Child Custody Types: What Are The Differences And How Will They Affect My Parental Rights? 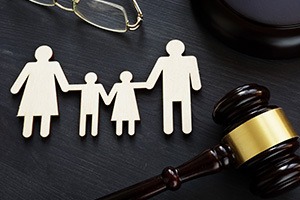 Typically in a two-parent, intact family, both parents have legal decision-making authority. However, when a couple divorces or separates and have children together, they must make arrangements for child custody and access.

Types of Child Custody in Ontario

Custody is the legal right to make important decisions about a child’s care and upbringing. This can include the child’s education, health care, religious upbringing, extracurricular activities, and day-to-day concerns such as dietary and sleep needs, schooling, and social activities.

Understandably, some of the most challenging decisions that need to be made while going through a divorce or separation concern the children. Who will the children live with? Who will have custody? What happens if the parents cannot agree? Below, you will find tips on the key differences between the types of child custody, which include sole or full custody, joint custody, shared custody, and split custody.

If a parent has sole custody of a child, this means that they have the responsibility and legal authority to make major decisions about the child’s care and how the child will be raised, regardless of whether the other parent disagrees. Most commonly, the child lives with the parent who has sole custody.

Full custody is often given to only one parent when there are concerns of abuse, drug or alcohol abuse, mental illness, violence, or demonstrated poor judgment. A sole custody arrangement helps mitigate problems or limit risks in the life of the child. However, the other parent is entitled to request and be provided with information relating to matters affecting the child’s wellbeing.

Joint custody is a relatively common arrangement in which both parents are responsible for making decisions on behalf of their child. This means they must work together to agree on schedules, decisions, and other shared responsibilities. Usually, a rotating visiting schedule is created between parents in which the child shares time between the two parents equally. Typically, joint custody works best with low levels of conflict between the parents, or the parents can resolve disputes maturely.

Unlike other custody arrangements, having shared custody has to do with the amount of time the child spends with each parent to determine each parent’s respective child support obligation. Additionally, important decisions may or may not be shared with the other parent. Under the Child Support Guidelines, shared custody exists when children spend at least 40% of their time with each parent. This percentage can be composed of weekends, overnights, and parts of vacations. Shared custody is favored over joint custody when:

If you are divorcing or separating, you’ll need a skilled lawyer to ensure your custody rights are protected. The lawyers at Cariati Law have the necessary skill and experience in divorce and family law to help our clients arrive at parenting arrangements that will place the children’s best interests first.