Autonomous Vehicles: What Will the Future Bring? 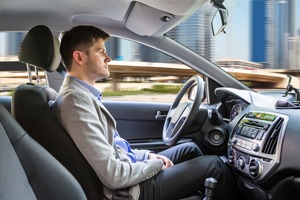 The likelihood of highways becoming populated by fully autonomous vehicles is not as far away as most people once thought. Vehicle manufacturers, tech companies, and entrepreneurs fully expect fully autonomous cars will become commonplace within the next generation.

Closer to today, a number of sources related to the subject now suggest there will be more than 50,000 autonomous vehicles operating on roadways worldwide within the next few years.

With autonomous vehicles coming ever closer to the forefront, the way we deal with insurance companies, accident claims, and personal injury matters must also evolve to keep pace. Motor vehicle collision litigation must change how it addresses issues of fault and liability in the face of new technology. The introduction of self-driving cars will surely complicate liability arguments—as the human driver is further removed from the equation.

Autonomous vehicle testing was originally suspended following a March 2018 accident in which one of Uber’s self-driving vehicles struck and killed an American pedestrian in Arizona. That fatal incident marked the first documented case of a self-driving car killing a pedestrian. What followed was intense scrutiny of the company’s safety precautions and technology protocols.

Questions regarding who is to blame—and who must pay—will soon become far more difficult to answer. While New Zealand and Great Britain have taken an international lead regarding the regulation of autonomous vehicles, Canadian laws—including laws to limit data collection and protect vehicle operators—must remain current as self-driving cars grow increasingly common.